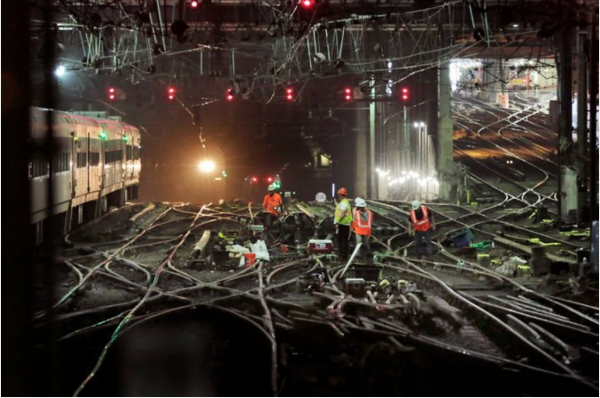 Amtrak officials knew for years that they would have to replace large sections of deteriorating track in Pennsylvania Station in New York City. As engineering crews applied short-term fixes to rows of rotted ties, crumbling concrete and eroded steel, some of their managers repeatedly warned of the growing need to address underlying problems.

While meeting with Amtrak executives in March, Andrew Keefe, the railroad’s head of track maintenance, became alarmed, according to two people in the room. The railroad had finally begun ambitious replacement work on the most decrepit tracks, but the jobs would stretch out for a year or more to accommodate other demands.

Learning that officials were considering delaying the effort to give work time to a nearby passenger hall renovation, a project backed by Gov. Andrew M. Cuomo, Mr. Keefe lost his temper. Hitting his hand on a table, he said, “You’re not going to be happy until you put a train on the ground.”

Three accidents at Penn Station forced Amtrak to undertake an emergency repair program and cut back service through the summer for thousands of passengers daily.

Read the article at https://www.nytimes.com/2017/10/09/nyregion/amtrak-penn-station-derailments.html